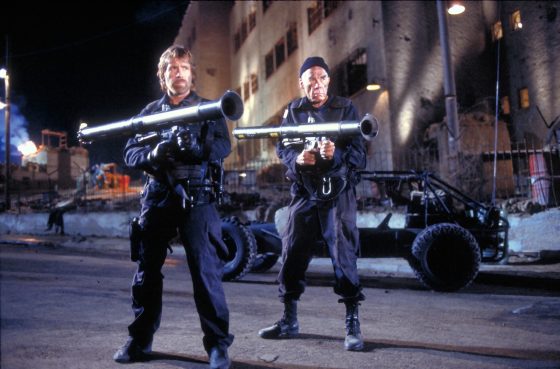 Coming from Cannon Films co-founder Menahem Golan himself, The Delta Force is one of the classic Chuck Norris movies where he and Lee Marvin (in his final film role) lead an elite special forces team on a rescue mission to free airline passengers from terrorists.  Norris plays Captain Scott McCoy, who resigns from the Delta Force after a mission goes bad but is called back into action five years later when terrorists from Lebanon, led by the decidedly not Lebanese Robert Forester, hijack American Travelways Flight 282 that is flying from Cairo to New York City.  The movie has possibly one of the greatest action themes of all time from Alan Silvestri and some great ridiculous action moments, like Chuck using a motorcycle armed with an impossible number of missiles and the seemingly endless final battle with Robert Forester.  The entire movie is available to watch below thanks to Tubi TV, so check it out.