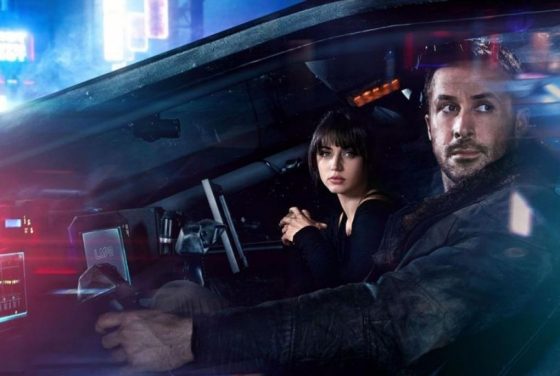 The original Blade Runner is considered one of the greatest sci-fi movies, if not movies in general. The bar was placed impossibly high, at least in the eyes of film and genre fans, but I feel like we have a Terminator to Terminator 2 situation where Blade Runner 2049 takes everything that makes the original great, most specifically world building and visual dazzlement, but expands upon it in both scope and emotional weight.  (It’s also pretty hard to talk about this movie without spoiling at least some plot details so if you want to go in fresh, don’t be scared by the runtime and go see it on the biggest screen possible).

As the title suggests, 2049 takes place 30 years after the original Blade Runner’s time of 2019 and the world of Replicants has changed drastically.  After a blackout caused by rogue Nexus-8 model Replicants (which you can see in the anime short that preceded 2049’s release), Replicants were outright banned until industrialist Niander Wallace (Jared Leto) created a new breed that is completely subservient to humans but can still function independently in their assigned job.  In possibly a commentary on the decades long debate about if Deckard (Harrison Ford) was a Replicant, it’s revealed pretty much right off the bat that Ryan Gosling’s Officer K is one of the new breed of Wallace Replicants operating as a Blade Runner but after taking down a fugitive Nexus-8 played by Dave Bautista, K uncovers something buried in the ground of his farm that sends him into the investigation that drives the movie.  This central mystery is fascinating and full of great twists and turns and it’s a huge improvement over the original, which when boiled down is Deckard needs to kill 4 targets but in between there’s a lot of day drinking and brooding.  The plot also has potentially massive ramifications for the world of Blade Runner going forward, if it ever does (and judging by the box office, another sequel seems not as likely). I will say though that there are some seemingly major plot threads, especially one introduced late in the game, that felt like sequel setting up in a way that most of the movie didn’t feel like it was doing and even at almost three hours, the resolution to the plot felt a little rushed and left hanging in favor of a more ambiguous, dramatic ending, which puts it in line with the original.

It probably should have been mentioned as the first thing for this review but 2049 is utterly, jaw-droppingly gorgeous.  The world feels smartly and realistically evolved from the world of 2019 and Los Angeles is now a seemingly neverending urban sprawl like a Mega-City out of Judge Dredd and we also get to visit the future versions of San Diego and Las Vegas, the latter of which features an absolutely brilliant sequence in a casino showroom full of malfunctioning holograms of ancient icons like Elvis.  The technology also feels like it naturally improved from the original, as the spinners and guns are sleeker but still recognizably similar to the original versions and there’s new tech like a much more aggressive version of the Voight-Kampff test that K has to endure after every assignment and virtual girlfriends named Joi (Ana De Armas), which K has one of and, even though they are both artificial, they have a lovely and heart breaking relationship and De Armas especially is like a beacon of hope in the dark, dreary, brutal world of 2049.  Gosling is great as always and goes through a subtle journey of gaining his humanity as he gets deeper into the investigation.  Harrison Ford seems like he actually cares about coming back as Deckard but I felt like there wasn’t really anything that differentiated this older Deckard from any other older Harrison Ford character and Deckard didn’t really have that many distinct characteristics to begin with besides world weariness, alcoholism and brooding.  It’s not quite as impactful as the return of Han Solo in The Force Awakens.  Jared Leto is creepy and weird as usual and his Niander Wallace has ample chance to monologue about evolution while sitting in his cave like office/lair but despite being much more overtly evil than Roy Batty and/or Tyrell in the original, there’s no real resolution to his threat despite some hints about what might be coming for the world in the near future.  His henchwoman, Replicant Luv, is much more the main, active antagonist and Sylvia Hoeks does a great job of switching between seemingly benign assistant and Terminatoresque killing machine.  Even the smaller supporting roles are filled out by incredible actors including Robin Wright as the bad ass police chief, Mackenzie Davis, Lennie James and Barkhad Abdi.

Blade Runner 2049 does an incredible job of expanding the world of Blade Runner while maintaining everything that made the original a classic.  The visuals are stunning and the acting is fantastic and if you are up for being immersed in the gorgeous but dark dystopian world it creates for 3 hours, it’s a must watch on the biggest screen you can get to.