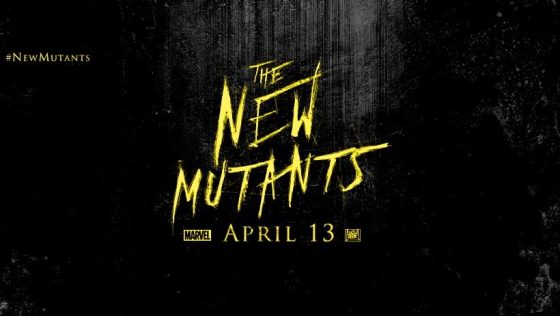 2018 is going to be a potentially huge year for Fox’s X-Men franchise as along with most likely the second half of The Gifted’s first season airing, there will also be a new mainline X-Men movie and this, the surprisingly horror themed New Mutants.  Directed by Josh Boone, who directed The Fault in Our Stars and is signed on for a new version of Stephen King’s The Stand, The New Mutants finds a group of young mutants in a hospital/asylum being subjected to various tests by the creepily calm Dr. Reyes (Alice Braga) and dealing with horrific things happening around them.  Maisie Williams is Wolfsbane, who as her name suggests can transform into a wolf, Anya Taylor-Joy is Magik, the sister of Colossus and has sorcery abilities, Charlie Heaton is Cannonball, who can project himself through the air and is invulnerable while doing so, Henry Zaga is Sunspot, who can channel solar energy and Blu Hunt is Mirage, who can create illusions based on a person’s fear (and is maybe the source of the horrific things the other kids are seeing).  There’s not a lot of the kids using their powers in this trailer but an X-Men horror movie seems like it could be a potentially cool idea and the cast is strong, especially Maisie Williams and Anya Taylor-Joy, so this will hopefully be more toward the X2/Logan end of the X-Men spectrum.  It’s out on April 13th next year and you can check out the trailer below.