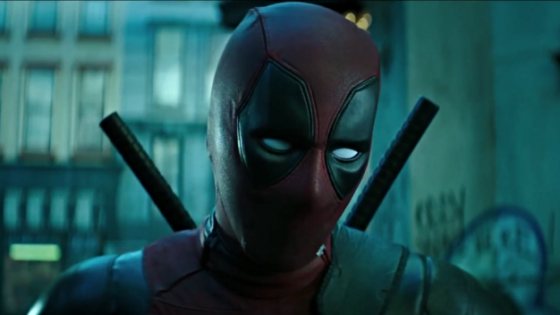 The last time we saw Wade Wilson aka Deadpool (Ryan Reynolds) was before Logan way back in March for a hilarious but probably not connected to anything Deadpool 2 short and now things get even weirder for the first trailer, which does actually have some footage from the upcoming sequel but is mostly a parody of the beloved Joy of Painting.  Deadpool, in full on Bob Ross costume, goes about painting “happy little trees” and talking about being high on coke for most of the trailer before some brief glimpses of returning characters like Vanessa (Morena Baccarin), Negasonic Teenage Warhead (Brianna Hildebrand) and Weasel (TJ Miller) and Blind Al (Leslie Uggams).  There’s the briefest glimpse of Domino (Zazie Beats) kicking down a door but I don’t believe there’s any Cable (Josh Brolin).  If you were looking for a more traditional trailer, you’re probably pretty disappointed by this teaser but Deadpool is anything but traditional, so this is fantastic and hilarious.  Deadpool 2 is directed by John Wick’s David Leitch and it’s out on June 1st next summer, check out the teaser below.