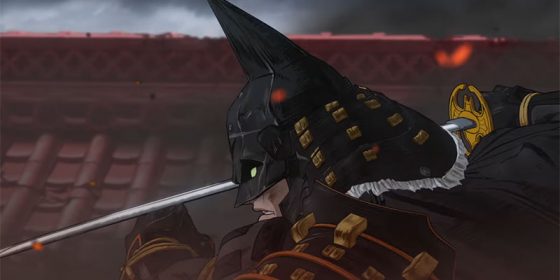 Batman has dabbled in the anime style previously, with mixed results, in things like the Gotham Knights anthology but Bruce is going full anime next year with Batman Ninja. Set in Feudal Japan, Batman, Alfred, The Joker, Catwoman, Harley Quinn and more are teleported back in time, with Joker raising a following of followers as the “Devil King of the 6th Heaven” and trying to change the future and Batman must adopt the tools of the era to stop him.  Kōichi Yamadera, of Cowboy Bebop and Ninja Scroll fame, plays Batman and Wataru Takagi plays The Joker.  The biggest news regarding this new DC animated movie though is that Takashi Okazaki, creator of Afro Samurai, is the character designer here and Junpei Mizusaki is directing after supervising the animation for Mega Man X7 and X8 and being a producer on JoJo’s Bizarre Adventure.  The movie arrives sometime next year and you can check out the insane trailer below.