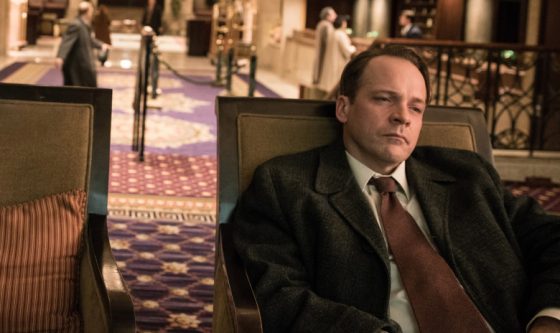 Netflix has been at the forefront of true crime and biographical documentaries with things like Making a Murderer (even parodying themselves and the genre with American Vandal) and in a week (December 15th), they are teaming up with one of the most critically acclaimed documentarians of all time, Errol Morris, for Wormwood.  Looking at the death of Frank Olson, an army scientist who was invited to NYC by the CIA and died under extremely mysterious circumstances, which his family believes was a cover-up by the government to hide the fact that they made Frank an unwitting guinea pig of an LSD experiment as part of MK Ultra.  The unique aspect of this upcoming miniseries is that famous actors will be in recreations of events, with Peter Sarsgaard playing Frank Olson and other cast including Molly Parker, Jack O’Connell, Tim Blake Nelson, Christian Carmago and Bob Balaban.  The show will be 6 parts and you can check out the trailer below.