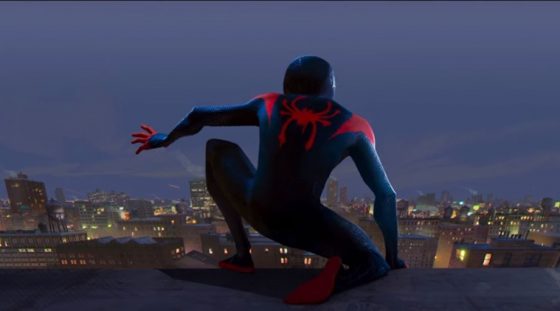 We finally got the Peter Parker Spider-Man movie we’ve been waiting for this year with Spider-Man: Homecoming and now next year, Miles Morales gets his shot on the big screen with the animated Spider-Man: Into the Spider-Verse.  Starring Shameik Moore from Dope as Miles, Mahershala Ali as his Uncle Aaron Davis, Brian Tyree Henry as Miles’ father Jefferson and Liev Schreiber as the unknown villain, there’s not much else known about the plot except it’s about Miles trying to balance his superhero and high school life the same way Peter had to.  It appears Peter at least meets Miles at some point but there’s also what definitely appears to be Peter’s grave, so it seems like it may be following Miles’ comic origin of becoming Spider-Man after Peter’s death.  On the other hand, the “Into the Spider-Verse” subtitle opens up a whole can of worms about Spider-Men from across the multiverse appearing.  The animation style is defintiely not what I think anyone was expecting, almost seeming like if MTV’s failed animated Spider-Man series had 10x the budget and Lord and Miller are producing.  The movie is out on Christmas next year, check out the teaser below.

Review: Spider-Man: Into the Spider-Verse

Dimensions Collide in Spider-Man: Into the Spider-Verse (Trailer)