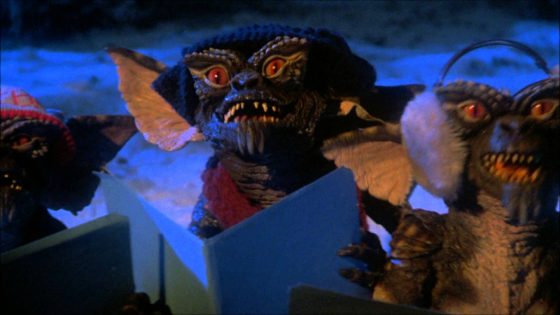 It’s the holiday season and the Everything Action crew is celebrating with a Christmas classic, 1984’s Gremlins.

Directed by the legendary Joe Dante, written by Chris Colombus and produced by Steven Spielberg, Gremlins is easily one of the best and most iconic 80’s movies ever.  It’s also one of the movies, along with Temple of Doom, that led to the creation of the PG-13 rating, as Gremlins was darker and more violent than most of the PG movies at the time but not nearly violent enough to warrant an R rating.  The movie is streaming on Netflix and the Everything Crew will watch it later in the month just in time for Christmas.  Also, if you haven’t checked it out yet, watch the awesome Gremlins fan film, Gremlins: Recall, below, which features some great practical puppets and a cool idea for a continuation of the Gremlins universe.