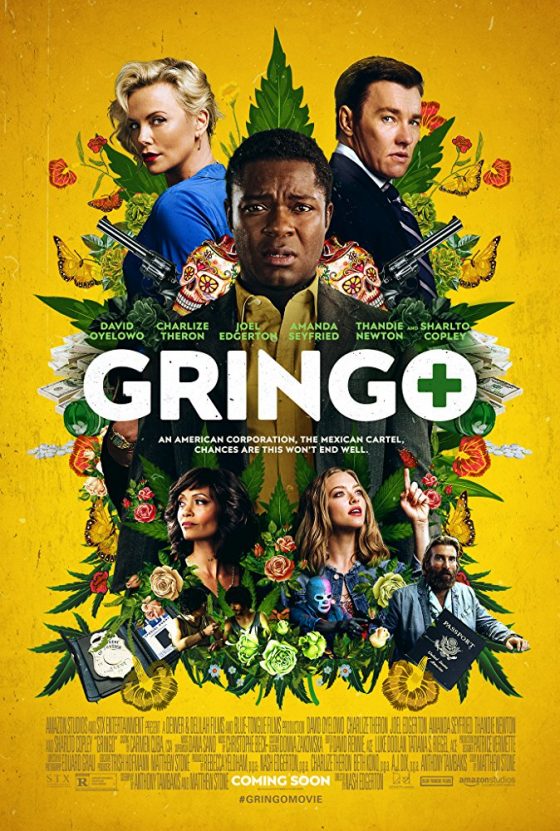 David Oyelowo has been hitting two extremes in recent years between starring in important dramas like Selma and voicing characters in Disney cartoons like Star Wars Rebels and The Lion Guard but he’s heading into the world of wacky R rated action comedy in next year’s Gringo.  Oyelowo plays Harold Soyinka, a mild mannered executive at a pharmaceutical company who is sent to Mexico to finalize a deal for their marijuana pill called Cannabex.  His colleagues Richard (Joel Edgerton) and Elaine (Charlize Theron) have secretly been selling the pill to a Mexican drug kingpin but they cut him off with this impending deal and Harold is left holding the bag and becomes a target while across the border.  It looks like a decently fun movie, complete with a wacky mercenary played by Sharlto Copley, who is sent into Mexico to rescue Harold.  Since it’s an Amazon Studios movie, it seems like maybe it will be one to wait for on Amazon Video instead of rushing out to theaters when it’s out on March 9th but you can check out the trailer below and decide for yourself.