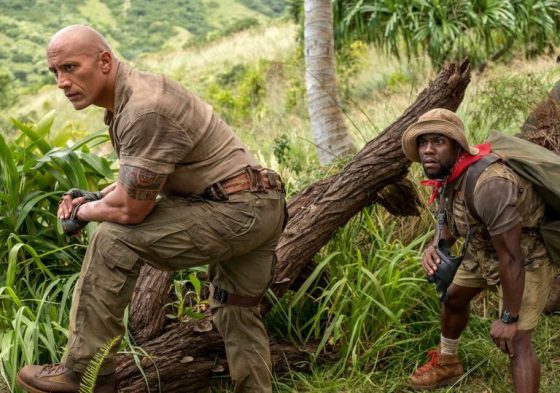 For the first weekend of 2018, Jumanji: Welcome to the Jungle actually had a somewhat late game surge and took the top spot at the box office away from Star Wars: The Last Jedi, which dropped to third.

Jumanji took in $36 million, bringing it’s total to over $244 million and over $519 million worldwide for it’s three weeks out.  It’s currently The Rock’s third highest grossing movie behind Furious 7 and Moana.

The only new release of the weekend, and the first new release of 2018, Insidious: The Last Key, took second with $29.3 million, the second largest opening for the franchise behind Chapter 2, which made over $40 million for its opening back in 2013.  It was also the ninth highest opening for a Blumhouse movie, between The Purge: Anarchy and Paranormal Activity 4.

The Last Jedi took in another $23.5 million, bringing it’s total domesically to over $572 million and its made over $1.2 billion worldwide and was the highest grossing film of 2017.

The Greatest Showman and Pitch Perfect 3 rounded out the top 5.

Further down the list, Molly’s Game entered the top 10 after going wide over the weekend, taking seventh place with $7 million, which brings it to $14 million total.  Darkest Hour also expanded into another 790 theaters and took eighth with $6.4 million.