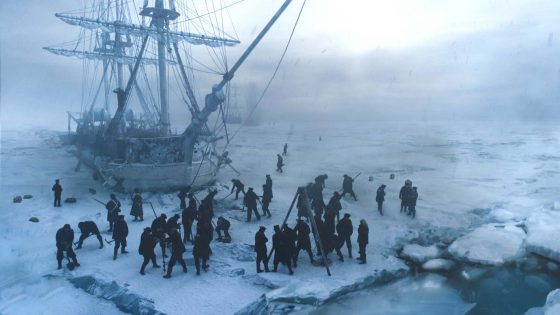 One of AMC’s upcoming new series adapts Dan Simmons’ novel The Terror, which provided a fictionalized account of what happened to the ill fated expedition into the Arctic by the HMS Terror and the HMS Erebus, whose entire crews were lost in the 1840s.  The book and the show adds in a supernatural element as, in addition to the horrific cold and dwindling supplies, there is a monster stalking and killing the crew members.  Jared Harris, Tobias Menzies, Ciaran Hinds and Paul Ready star and Ridley Scott is the executive producer.  The show starts on March 26th and you can check out the trailer below.

Miles Teller Enters the Ring in Bleed for This (Trailer)