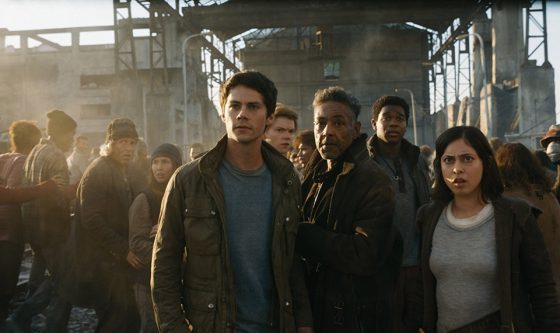 Jumanji was finally knocked off the top spot at the box office by the final movie in the Maze Runner series but it didn’t fall very far.

Maze Runner: The Death Cure, took in $23.5 million, which is the lowest opening of the trilogy where the first movie opened to $32 milllion and The Scorch Trials opened to $30 million.  It’s also below all the openings for the Divergent series, which had such diminishing returns the finale was regulated to a TV movie that may never happen.

Hostiles, the re-teaming of the Into the Furnace team of Christian Bale and Scott Cooper took third place in it’s wide expansion with $10.2 million, about double what the aforementioned Into the Furnace made in it’s opening but $10 million less than Cooper’s last film, Black Mass.  It definitely exceeded expectations and leapt all the way up from 23rd last weekend.

The Greatest Showman and The Post rounded out the top 5, with the former still barely losing any business from weekend to weekend, only dropping 10% from last weekend with another $9.5 million, bringing it up to over $126 million.  After opening to $8.8 million, ever subsequent weekend has been more than that amount.

Emerging as the Oscar nomination front runner with 13 nods, The Shape of Water expanded wide and jumped up from 16th to 8th with $5.7 million, bringing it’s total to $37.6 million.