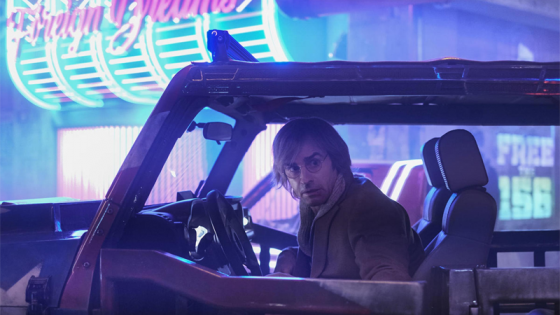 With the exception of China, Warcraft was not a very well received release from director Duncan Jones but he’s going back to his smarter sci-fi roots for the upcoming Netflix movie, Mute.  Alexander Skarsgard stars as Leo Beiler, a mute bartender in the Berlin of 2052 who descends into the underworld of the city when his girlfriend Naadirah (Seyneb Saleh) goes missing.  Paul Rudd, Justin Theroux, Noel Clarke and Sam Rockwell co-star and the movie definitely looks heavily inspired by Blade Runner but Jones also said Mute is a “spiritual successor” to his debut film, Moon.  The movie hits Netflix on February 23rd and you can check out the trailer below.