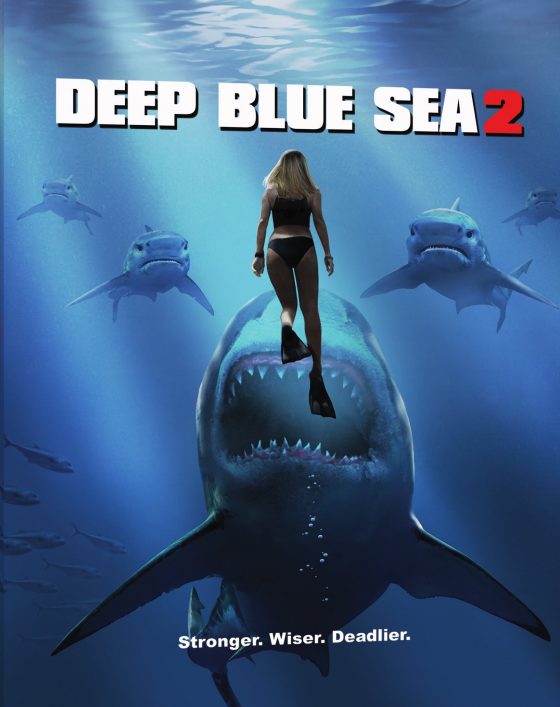 It’s been almost 20 years (Dear God) since Deep Blue Sea hit theaters and gave us things like immortal scenes like Samuel L. Jackson’s death by shark or arguably the greatest movie rap song ever, Deepest Bluest by LL Cool J, but the sharks are back to terrorize another group of arrogant, idiotic scientists in Deep Blue Sea 2.  Danielle Savre stars as Dr. Misty Calhoun, a shark conservationist who is invited to consult on a new project that is extracting shark antibodies in an attempt by the pharmaceutical billionaire behind the project (Michael Beach) to create drugs to cure disease and increase human intelligence.  As you might expect, the project is using aggressive bull sharks who go rogue and start destroying the facility and eating the staff.  DBS 2 obviously can’t top the original’s cast or big budget insanity but hopefully it will have some fun shark mayhem.  It’s out on April 17th on Blu-Ray, DVD and Digital and will also air later this year on SyFy as well.  Check out the trailer below.

Mandy Moore is Trapped 47 Meters Down