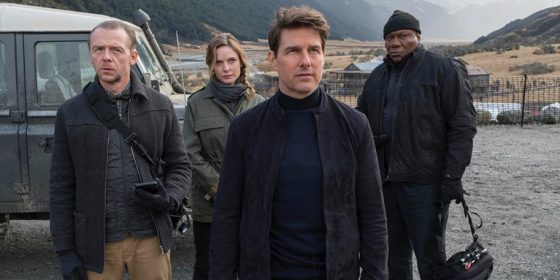 Ethan Hunt (Tom Cruise) and his team are back and, once again, up against their own government as well as the new villains in Mission Impossible: Fallout.  Christopher McQuarrie is the first returning director for the MI series, following up his Rogue Nation as a mission goes bad in Berlin and allows terrorists to gain control of a massive amount of plutonium.  Henry Cavill (and his mustache worth millions) is the lead of a CIA team that seems to think Ethan may have finally been disavowed one too many times.  Rebecca Ferguson is back as Rogue Nations bad ass MI6 agent Ilsa Faust and Simon Pegg and Ving Rhames are Ethan’s back up crew as always.  Michelle Monaghan is also back and Angela Bassett, Vanessa Kirby and Alec Baldwin round out the cast.  It looks like some awesome MI action as the series has only gotten better as it’s gone along and Tom Cruise does his usual insane stunts, this time dangling out of a helicopter and breaking his foot jumping between buildings.  The movie is out on July 27th and you can check out the trailer below.