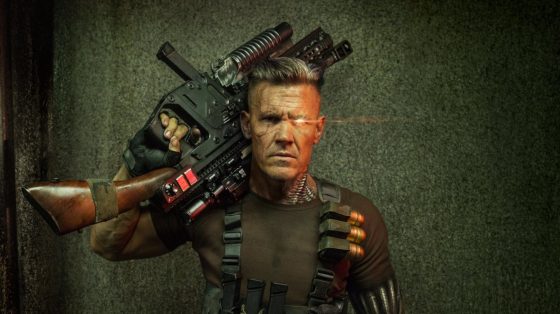 Most of our looks at Deadpool 2 so far have been wonderfully wack and completely in tone for the movie but there hasn’t really been a look at actual footage…until now.  The latest trailer highlights Josh Brolin’s Cable, who arrives from the future and will most likely battle and reluctantly team up with the Merc with a Mouth.  There’s a great look at Brolin in action, a hilarious action figure recreation from DP and a great burn on Justice League.  Along with Brolin joining the cast, the other new addition is Zazie Beets also debuts as Domino and Morena Baccarin, TJ Miller, Karan Soni, Brianna Hildebrand, Leslie Uggams and Stefan Kapicic are all back from the first movie with John Wick/Atomic Blonde’s David Leitch behind the camera.  The movie is out on May 18th and you can check out the new trailer below.