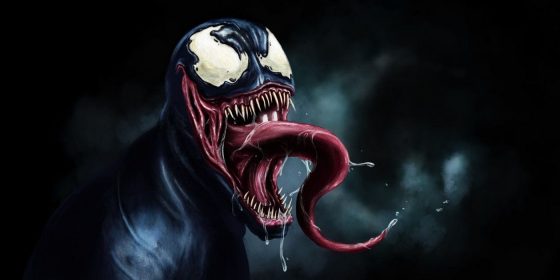 Apparently appearing in front of Black Panther next week, the first look at the first ever Venom movie debuted today and…didn’t really show much of anything.  The movie stars Tom Hardy as Eddie Brock, who comes into contact with an alien symbiote that turns him into the supervillain/anti-hero vigilante Venom.  Conflicting reports from Marvel and Sony still make it unclear whether this is set in the MCU and if Tom Holland’s Spider-Man will be mentioned or appear and there’s definitely no hints in the trailer, there isn’t even a glimpse of Hardy transforming into Venom.  The only glimpse of the symbiote is some black goo sloshing in a test tube in a lab.  Woody Harrelson, Jenny Slate, Michelle Williams and Riz Ahmed co-star and Zombieland/30 Minutes or Less director Ruben Fleischer is directing.  The movie is coming on October 5th this year and you can check out the teaser below.