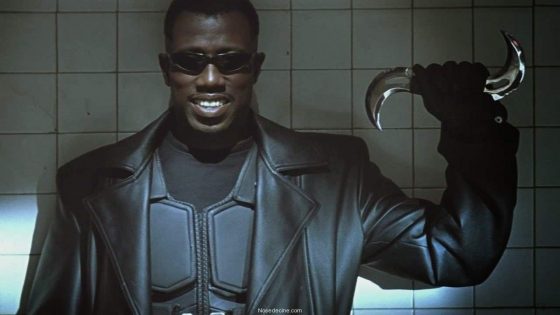 With Black Panther out this week, it feels like the perfect to time to remember Marvel’s OG black superhero, the one and only Wesley Snipes in 1998’s Blade.

Snipes was actually in talks with Marvel at the time to star in a Black Panther movie that never materialized but became everyone’s favorite Daywalker for this first of three movies, facing off against the fearsome duo of Stephen Dorff and Donal Logue (Did you know: Jet Li was actually in talks to play Deacon Frost but signed on to Lethal Weapon 4 instead).  Another thing that almost happened is that David Fincher may have directed but he dropped out and Stephen Norrington, who killed it here but then really didn’t do anything else besides causing Sean Connery to retire with League of Extraordinary Gentlemen.  The Everything Action crew will be watching Blade for the umpteenth time at the end of the month and until then…BLOODBATH!:

Movie of the Month: Blackjack