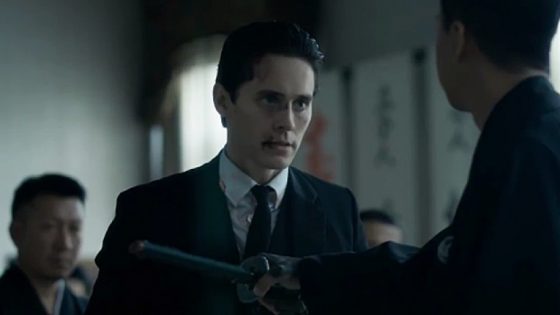 Jared Leto has gone from the DC universe to the dystopian future to now post-war Japan in Netflix’s upcoming movie, The Outsider.  Directed by Martin Zandvliet, Leto is a POW in World War II, who is freed with the help of his yakuza cellmate and joins the criminal underground in payment for his freedom.  Tadanobu Asano, Rory Cochrane, Shiori Kutsuna, Emile Hirsch and Kippei Shiina co-star and it looks like some typical yakuza/crime stuff or like a criminal version of The Last Samurai but it seems stylish and may have some cool action.  It’s out on Netflix on March 9th and you can check out the trailer below.

World War II Gets Animated with The Liberator (Trailer)