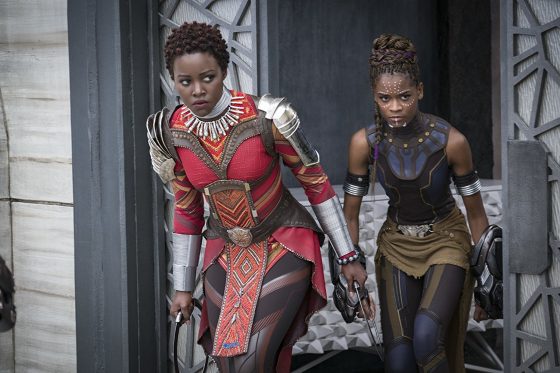 Black Panther continued its domination of the box office, dropping less than 50% from last weekend’s insane opening and scoring the second largest second weekend of all time.

Black Panther made another $108 million, bringing it to already over $400 million domestic, topping the gross of every 2017 superhero movie except Wonder Woman, although it will definitely top that movie soon.  It’s the fifth highest grossing MCU movie of all time now as well and the 29th highest grossing domestic release of all time.  It’s also the second fastest movie to reach $400 million, behind Jurassic World.  Worldwide, it’s made over $704 million.

Game Night took second place in its opening with $16.6 million.  That puts it between Office Christmas Party and Horrible Bosses 2 for Jason Bateman and between Southpaw and Red Eye for Rachel McAdams.

Peter Rabbit dropped to third with another $12.5 million, bringing it to over $71 million for its three weeks out.

Annihilation opened to fourth place with $11 million, which is way up from Alex Garland’s previous film, Ex Machina, but general audiences might have gotten turned off by its weirdness and hard sci-fi, as it got a pretty bad “C” from audiences on Cinemascore.  Compared to other similar movies, its right around forgettable fare like In Time and Transcendence.

Fifty Shades Freed rounded out the top 5 with another $6.9 million, bringing it to $89.5 million.

In less theaters than the other new releases, Every Day debuted in ninth place with $3.1 million, which is low compared to most of the recent romantic dramas released in the last year or so but it was apparently right on target for the newly resurrected Orion Pictures and the movie only cost $5 million to make.