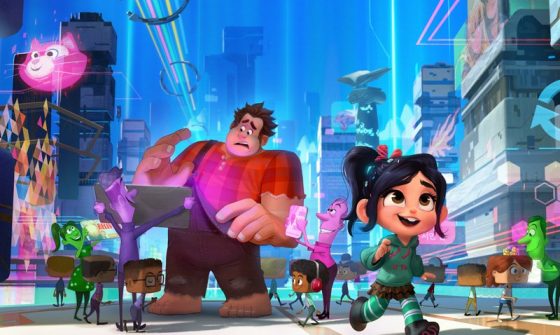 It’s been 6 years in both real time and in the time frame of the Wreck It Ralph universe but everyone’s favorite video game villain with a heart of gold is back in Ralph Breaks the Internet: Wreck-It Ralph 2.  When the arcade gets it’s first wi-fi router hooked up the the power strip that serves as the central hub for the arcade’s digital citizens, Ralph (John C. Reilly) and Vanellope (Sarah Silverman) are whisked away to the world of the Internet and all the insanity that entails.  There’s not too much about what the plot is in this first trailer and it’s more just a string of internet jokes poking fun at pointless pop-ups and eBay along with a weirdly disturbing bit where Ralph becomes way too into feeding a poor bunny pancakes.  Ralph and Vanellope will also apparently meet a slew of their Disney cohorts, including Marvel and Star Wars characters along with every Disney Princess ever, with most of them voiced by their original actresses.  The movie is out on November 21st and you can check out this first teaser below.

Guardians of the Galaxy Trailer