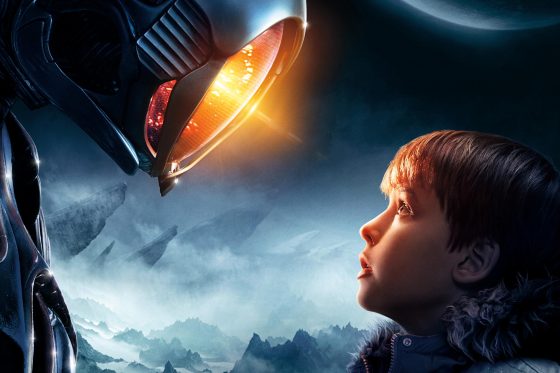 After debuting the first look at their Lost in Space reboot recently, Netflix has unveiled the first full trailer for the show.  A reboot of the classic 1965 series (we won’t mention the 1998 film), the new series stars Toby Stephens and Molly Parker as John and Maureen Robinson and Taylor Russell, Mina Sundwall and Maxwell Jenkins as Judy, Penny and Will Robinson with Parker Posey as the gender swapped Dr. Smith. The biggest thing this new trailer reveals is that The Robot, which has always accompanied the Robinsons on their expedition to a new world, is now some sort of alien creation that Will finds on this new planet they are stranded on.  This new, uncharted planet also seems to have some sort of shifting climate and topology, as the Robinson’s ship initially crashes in a snowy mountain range which melts and submerges it underwater and there’s strange alien rainforest there as well.  The special effects look great and overall the show seems like it’s going to be a pretty awesome, serious take on the original series.  All episodes start streaming on April 13th on Netflix and you can check out the trailer below.

The Robinsons Get Lost Again in April on Netflix (Trailer)