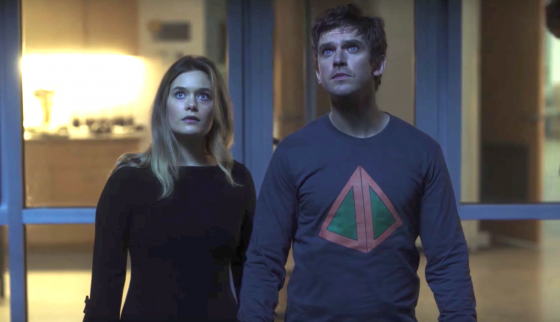 Fargo creator Noah Hawley delivered one of the weirdest but also brilliant corners of the X-Men universe last year with Legion and David and the rest of the gang are coming back in April for more trippy insanity mixed in with mutant powers.  Dan Stevens stars as David Haller, who is the son of Professor Charles Xavier and is potentially one of the most powerful mutants in history but believed for most of his life that he was actually schizophrenic and, as a result, was in a mental hospital before being rescued by a mutant group operating out of a place called Summerland.  Through various methods to try and figure out what’s going on inside his head, David realizes he has a parasitic mutant inside him called the Shadow King, who takes many forms including David’s dead friend Lenny (Aubrey Plaza).  The Shadow King is growing stronger in Season 2 and David returns from being abducted by a mysterious flying orb at the end of Season 1 to find his old group working with their former human enemies in Division 3 to stop the Shadow King, although everything could also just be some sort of illusion or mental prison based on how this show operates.  Legion is not a show for people who want a straight forward narrative (I would definitely recommend The Gifted for standard mutant action) but it’s visually stunning and always keeping you guessing about who or what is going to show up or what is going to happen next.  Rachel Keller, Bill Irwin, Jean Smart, Jeremie Harris. Amber Midthunder and Katie Aselton are all back along with more guest appearances from Jermaine Clement and Navid Negahban as the personification of the Shadow King.  The season starts on FX on April 3rd and you can check out the trailer below.

Natalie Portman Gets Space Madness in Lucy in the Sky (Trailer)