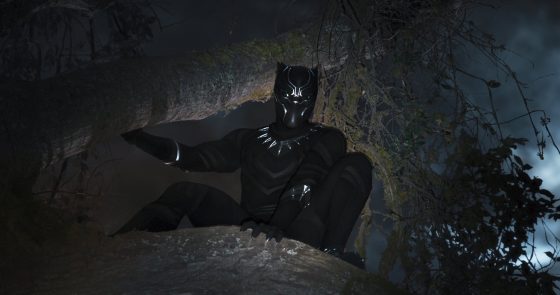 Black Panther remained on top for the fourth weekend in a row and brought it’s global gross to over $1 billion.

Black Panther brought in another $41.1 million for it’s fourth weekend domestically, bringing that total to over $562 million. The movie finally opened in China and took in $66.5 million there and it continues to move up the all time charts, now just outside the top 20 behind The Dark Knight Rises with $1.074 billion compared to Batman’s $1.084 billion.  Domestically, its the seventh highest grossing film of all time and second highest superhero film of all time, behind The Avengers, which made $623 million (this also makes it the 2nd highest grossing film in the MCU). This is also the third best fourth weekend of all time.

Disney may have cannibalized itself as A Wrinkle in Time debuted below expectations with $33.3 million.  The movie cost over $100 million to make and that opening is similar to the opening for Tomorrowland, which seemed to have similar marketing and messaging as well as a hyped director making a huge live action blockbuster for the first time.  Tomorrowland turned out to be a huge flop and lost Disney around $140 million in 2015. There’s some potentially huge competition in the next few weeks with Tomb Raider, Ready Player One and Pacific Rim: Uprising, so this could end up flopping just as hard if it can’t hold or doesn’t connect overseas.

The Strangers: Prey at Night took third place with $10.5 million, about half as much as the original Strangers took in in 2008.  It’s closer to what the Halle Berry movie Kidnap made last year in its opening weekend.

Red Sparrow and Game Night rounded out the top 5, with the latter having a strong hold and dropping less than 30% from last weekend.  Red Sparrow has made just over $31 million while Game Night has pulled in just over $45 million.

Further down the list, The Hurricane Heist debuted in 8th place with $3.2 million, which is nowhere close to any recent disaster and/or heist movie.  Den of Thieves, which most people already forgot came out this year, made $15 million its opening weekend. It’s easily director Rob Cohen’s worst wide release opening and was almost beat by Jumanji, which has been out for three months and is available on VOD.  As of 2:25 PM EST, it seems like Annihilation is also reporting around $3.2 million, which brings its total to just over $26 million.

Outside the top 10, Gringo debuted in 11th place with $2.6 million, which puts it at #27 on the all time worst opening list for movies between 2,000 and 2,500 theaters.  It’s sitting between The Rocker and Won’t Back Down. Hurricane Heist was #43 on that list between City of Ember and last month’s Aardman Animation offering, Early Man, which was essentially sacrificed to the gods of Wakanda as it debuted the same weekend as Black Panther.

A new release in medium release (549 theaters) was the critically acclaimed Thoroughbreds, which made $1.2 million and took 15th place.