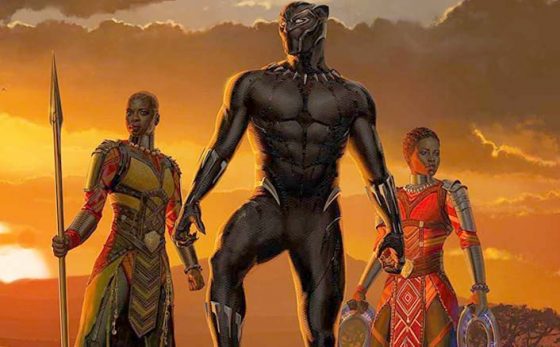 Five weeks into its run, Black Panther remains on top, crossing over $600 million domestically and fending off the new Lara Croft.

Black Panther took in another $27 million, bringing it to over $605 million domestic and $1.182 billion worldwide.  It’s the second highest grossing superhero film of all time, not just Marvel, and on the all time charts, it’s the seventh highest grossing domestic and 14th highest grossing worldwide release ever.  (Adjusted for inflation on the all time charts, it’s #47 between Airport and American Graffiti) It’s also only $14 million away from topping Star Wars: The Last Jedi’s domestic run of $619 million, which it will probably easily do either next weekend or the one after.

Tomb Raider debuted in second place with $23.5 million, the sixth best opening for a video game adaptation and better than the last Tomb Raider, Cradle of Life, which opened to $21.7 million back in 2003 but nowhere close to the original Angelina Jolie Tomb Raider, which made over $47.7 million in 2001 and is still the highest grossing video game movie of all time.  (If you adjust both Jolie movies for inflation, Lara Croft: Tomb Raider made $77 million its opening weekend while Cradle of Life made $33.2 million)

I Can Only Imagine was a surprisingly strong third place, with one of the best Christian/faith based openings of the last few years, making $17 million in 1,629 theaters.  It’s the seventh highest opening ever for a Christian movie and the best opening since 2014 when Heaven is for Real and Son of God came out to $22 and $25 million respectively.  We’ll have to see if there’s any competition or oversaturation in the next two weekends, as each has a new Christian movie coming out to try and cash in on Easter.

A Wrinkle in Time and Love, Simon rounded out the top 5.  A Wrinkle in Time dropped 50% from last weekend, making another $16.5 million and $61 million total so far domestic and, with another $10 million worldwide, $71 million worldwide.  Love, Simon debuted to $11.5 million, which is on the low end of expectations but it has strong critical and audience reaction, so it could get word of mouth and stick around.

The weekend’s other new release, 7 Days in Entebbe, debuted outside the top 10 at 13th place with $1.6 million in 838 theaters.

Elsewhere on the charts, Jumanji finally fell off the top 10 after 13 weeks of release, making another $1.6 million for over $400 million domestic and $939 million worldwide.  It’s actually been so strong for so long that it will actually be out on DVD/Blu-Ray tomorrow while still playing in over 1.556 theaters. Strangers: Prey at Night took a pretty big second weekend tumble, going from third to eighth with $4.8 million but in modern horror fashion, it’s already made well over it’s relatively tiny budget.  The Hurricane Heist fell out of top 10 already, falling to 15th place in its second weekend with only $1 million.