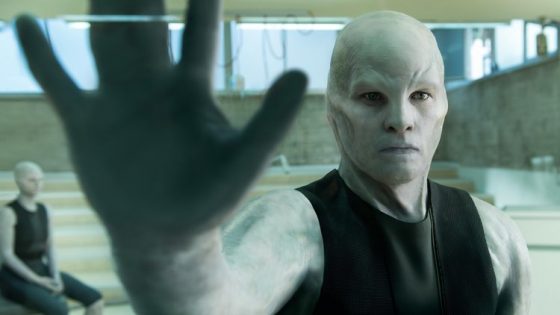 Coming to Netflix next week, Sam Worthington stars as a soldier who volunteers for a radical experiment to try and force humanity to the next stage of evolution so the population can relocate to Saturn’s moon Titan, as the Earth is going to become inhospitable in the very near future.  Tom Wilkinson leads the experiment and Nathalie Emmanuel is a fellow soldier in the program while Taylor Schilling plays Worthington’s scientist wife.  Things obviously go out of control with the experiment and Worthington and the other mutated soldiers become dangerous liabilities that are targeted for elimination.  It seems like a decent little sci-fi thriller, which Netflix seems to be snatching up from all over lately, and you can start watching it on March 30th.  Check out the trailer below.

Jessica Digs Into Her Past for Jessica Jones Season 2 (Trailer)