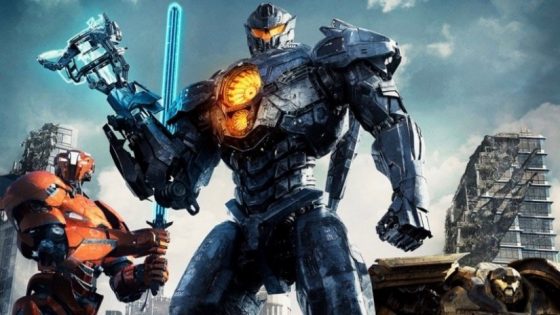 Black Panther has finally been defeated in the ritual combat known as the weekend box office after five weeks on top with Pacific Rim Uprising unseating the king of Wakanda.

Black Panther dropped to second with another $16.6 million, bringing its domestic take to over $630 million.  It’s now the highest grossing comic book/superhero film in history and it’s the fifth highest grossing film domestically of all time.  Worldwide, it’s made a combined $1.2 billion and it’s 12th on the all time worldwide charts.

I Can Only Imagine remained surprisingly strong with only a 19% drop from last weekend and making another $13.8 million, bringing it to $38.3 million for its two weeks out.  It should remain strong as Easter weekend is coming up, despite two other faith/Christian based movies being in theaters.

Sherlock Gnomes and Tomb Raider rounded out the top 5.  The former was $15 million off from what it’s predecessor, Gnomeo & Juliet, made in 2011.  As far as recent animated movies go, it’s sitting between The Star and Ferdinand.  Tomb Raider took a pretty steep tumble, dropping 55% from last weekend and making another $10.4 million for $41.7 million so far domestically but it’s made $170 million worldwide.

Further down the list, Paul, The Apostle of Christ came in eighth place for it’s opening weekend with $5 million, which it puts it between the VeggieTales movie Jonah and Christian comedy Moms’ Night Out.  Teen romance Midnight Sun just squeaked onto the top 10 with $4.1 in tenth place and Steven Soderbergh’s latest, Unsane, took eleventh place and $3.8 million.