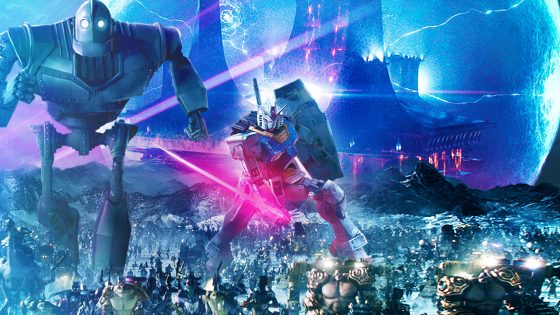 If there’s a musical genre that’s as obsessed and reverent of the 80’s as Ready Player One, both the book and this week’s big screen adaptation, it’s Synthwave/Retrowave.  Exploding in the last few years, the genre is a modernization of classic 80’s synth from people like John Carpenter and Tangerine Dream and one of the biggest names in the genre is Gunship, who hail out of the UK and have been around since 2010.  Gunship distinguishes themselves from other big Synthwave groups by adding more rock elements and adding vocals (most synthwave groups deal strictly in instrumentals) and that’s on display in their homage to Ready Player One, Art3mis & Parzival.  The music video for the song tells the story of the book and movie but does so in the form of an old school, Lucasarts adventure game, which totally matches the overall vibe of Gunship.  Definitely check out that song and the rest of Gunship’s back catalog, it’s the perfect soundtrack for heading to or from Ready Player One starting on the 28th.