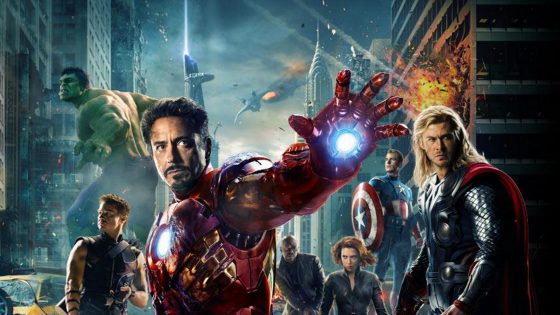 With what promises to be a universe shattering “finale” to the current MCU with Avengers: Infinity War hitting at the end of this week, it seems like the perfect time to head back to the original Avengers, musically at least.  Along with the score by the great Alan Silvestri, an album called “Avengers Assemble” was released which featured music “Inspired By” the movie and was headlined by a new Soundgarden song called “Live to Rise”, which was also featured as the credits song for the movie.  Bands like Shinedown, Rise Against, Papa Roach, Buckcherry and Five Finger Death Punch had songs on the album as well.  It was kind of a strange throwback to the dark ages before the MCU began when you had the nu-metal fueled soundtracks for movies like Daredevil and The Punisher and, with the exception of the Guardians’ carefully curated Awesome Mixes or the Kendrick Lamar produced Black Panther album, no other MCU movie has really had a full on soundtrack album.  The music video features Soundgarden, including the late Chris Cornell, in some sort of dark void/hanger/warehouse as clips from the movie play throughout.  You can check it out below.