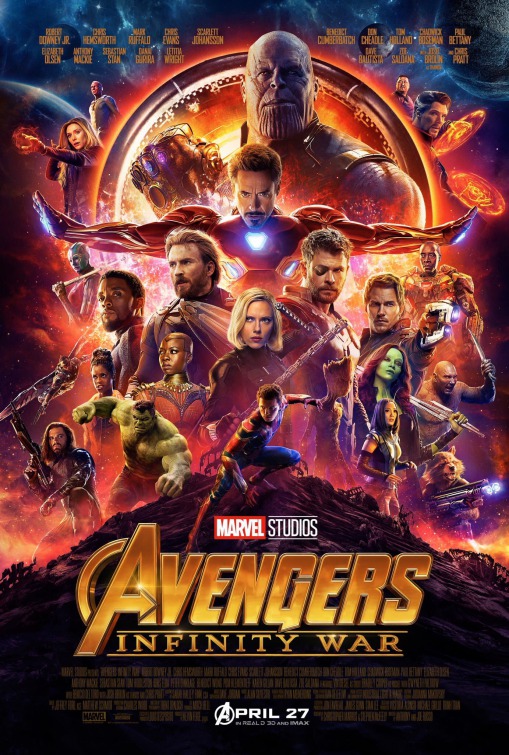 Directed by: Joe and Anthony Russo

Plot: The Avengers and their Super Hero allies must be willing to sacrifice all in an attempt to defeat the powerful Thanos before his blitz of devastation and ruin puts an end to the universe.

Critic Consensus: “Avengers: Infinity War ably juggles a dizzying array of MCU heroes in the fight against their gravest threat yet, and the result is a thrilling, emotionally resonant blockbuster that (mostly) realizes its gargantuan ambitions”

The MCU Unites for Its Greatest Battle in Avengers: Infinity War (Trailer)