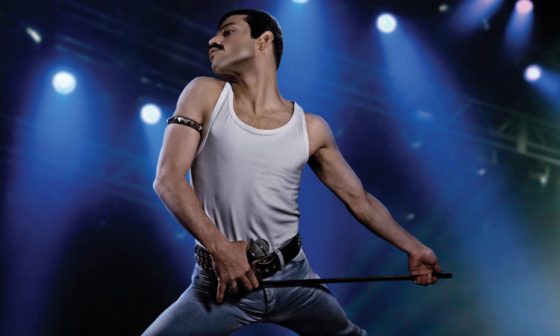 After a number of behind the scenes shakeups, including original lead actor Sasha Baron Cohen leaving and director Bryan Singer being ousted, the story of Queen, and specifically it’s iconic lead singer Freddie Mercury, will be told in November.  Mr. Robot’s Rami Malek steps into the spotlight as Mercury and the movie follows the band from their forming in the 70’s through the legendary performance at 1985’s Live Aid festival.  Ben Hardy, Gwilym Lee and Joseph Mazzello round out the Queen lineup as Roger Taylor, Brian May and John Deacon with Allen Leech as Mercury’s personal manager Paul Prenter and Lucy Boynton plays Mary Austin, Mercury’s lifelong friend and companion.  Dexter Fletcher, who previously directed biopic Eddie the Eagle came in to take over when Singer left and the movie is out on November 2nd.  It looks like a fairly typical musical biopic but Queen’s music is so awesome that’s probably enough to elevate it beyond other recent entries in the genre.  Check out the trailer below.