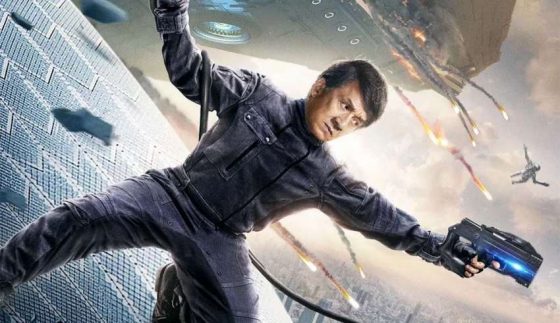 In what looks like arguably his most insane movie ever, Jackie Chan battles an insane science experiment gone wrong in future Australia in Bleeding Steel.  Chan plays Lin, a police officer who was involved in trying to stop Andre, the subject of an experiment that gave him enhanced abilities but also drove him into psychotic evil.  Andre is looking for a mechanical heart that his creator transplanted into his daughter, who Lin now needs to protect because if Andre gets the heart, he’ll be unstoppable and immortal.  The setting and sci-fi trappings are much crazier than pretty much anything Jackie has done before but hopefully there’s still room for some old school stunts.  The movie will be in theaters and On Demand on July 6th and you can check out the trailer below.