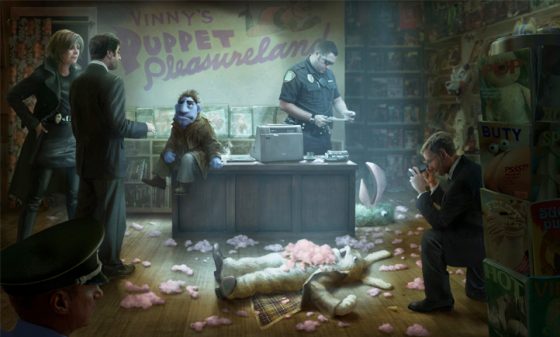 Brian Henson, son of the legendary Jim Henson and director of Muppets movies like Muppets Treasure Island and A Muppets Christmas Carol, is taking his family’s creations to places they’ve never been in this summer’s The Happytime Murders.  Melissa McCarthy stars as Detective Connie Edwards, who is partnered up with Muppet PI Phil Phillips (Bill Baretta) to investigate the murders of the puppet cast members of a famous 80’s kids show.  The movie is definitely taking cues from Who Framed Roger Rabbit? but cementing it in some hard r, darkly hilarious comedy, like Connie snorting dangerous amounts of ecstasy or getting propositioned by Muppet homeless and prostitutes.  Joel McHale, Elizabeth Banks, Maya Rudolph, Jimmy O. Yang and Leslie David Baker co-star and it arrives on August 17th this summer.  Check out the NSFW red band trailer below.