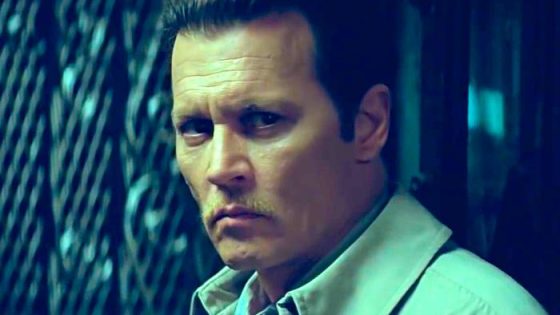 USA already detailed the failed investigations into the murders of Tupac and Biggie Smalls in their limited series “Unsolved” but in case you don’t have time for a 10 hour series, City of Lies is arriving in theaters in September to give you the abridged version.  Johnny Depp plays LAPD detective Russell Poole (played by Westworld’s Jimmi Simpson on Unsolved), who is initially on the investigation into Biggie’s murder in 1997 but taken off the case for becoming obsessed with the theory that the LAPD, specifically an officer named David Mack (who was arrested for a bank robbery in late 1997), was involved in the murders and that they were conspiring with Death Row Record’s Suge Knight.  Obviously, the Rampart scandal happened and Poole was proven somewhat right about corruption the LAPD but nothing was ever proven about Biggie or Tupac’s murders.  While Unsolved also detailed a second, federal task force investigation led by Detective Greg Kading (played by Josh Duhamel) but City of Lies seems like it will only focus on Poole’s story, specifically him teaming up with a reporter, “Jack” Jackson (Forest Whitaker) to try and get answers two decades after the murders.  Rockmund Dunbar, Xander Berkeley, Wynn Everett, Shea Whigham, Michael Pare and Toby Huss co-star and it’s directed by Brad Furman, who previously directed The Lincoln Lawyer, Runner Runner and The Infiltrator.  The movie is out on September 7th and you can check out the trailer below.