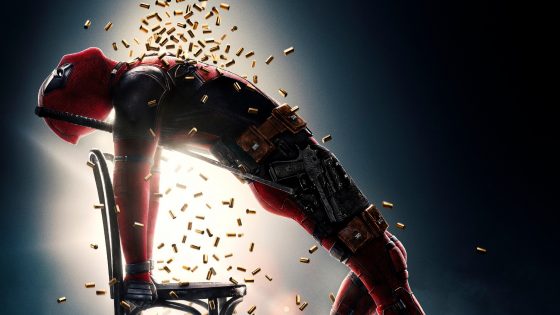 Two years after the world at large was introduced to the raunchy antics of Wade Wilson (Ryan Reynolds), Deadpool has returned with everything that made the first film hilariously great, just more of it.

*Spoilers for Deadpool 2* Deadpool 2 picks up with the Merc with a Mouth going international, selling his services to take down various criminals around the globe and looking to start a family with girlfriend Vanessa (Morena Baccarin) but one of his targets escapes and tracks Wade to their apartment, killing Vanessa and leaving Wade suicidally depressed.  He tries to blow himself up but he sees a vision of Vanessa telling him his “heart isn’t ready yet” and Wade tries to figure out what that means, reluctantly joining the X-Men as a trainee and then becoming focused on helping an angry young mutant named Russell (Julian Dennison), who is the target of future bad ass Cable (Josh Brolin), who has time travelled to kill Russell to save his family.

Able to work with an actual budget now, the world of Deadpool has gotten to expand in fantastic ways.  There’s more mutants joining the returning Colossus (Stefan Kapicic) and Negasonic Teenage Warhead (Brianna Hildebrand), like the aforementioned Cable and Russell but also the delightfully spunky Domino (Zazie Beetz) who uses her “imaginary luck powers” to get into some spectacular action set pieces and the rest of Wade’s X-Force team that he assembles to stop Cable that has a hilariously dark first mission.  Much like Thanos a few weeks ago, Josh Brolin kills it yet again as Cable, providing some emotional gravitas but also providing a straight man for Wade’s insane antics and his look is as dead on with the techno-organic virus that provides him his metal arm looking amazing and right out of the comics. There’s also the goddamn Juggernaut, making a much better impression here than in The Last Stand and also some deep cut Deadpool comics characters, like Black Tom Cassidy (Jack Kesy), who provides some hilarious running jokes based on his name at Cable’s expense.  All the humans in Wade’s life return as well, although most of them except Dopinder (Karan Soni) take a backseat, like Weasel (TJ Miller) and Blind Al (Leslie Uggams) but both of them get a few choice one-liners. The only real complain character wise is the “fridging” of Vanessa simply because it’s kind of cliche (and Wade doesn’t comment on the cliche as you might expect) and, based on the first film, Morena Baccarin is so fun and game for anything that it’s a waste for her to basically be a subdued ghost (the ridiculous mid-credits montage seems to have corrected this for the future though so hopefully in X-Force/Deadpool 3 there will be more of the Vanessa/Wade dynamic).

With the aforementioned bigger budget, the action is exponentially bigger and better than the first movie that are directed with the same eye for visuals and choregraphy that director David Leitch brought to John Wick and Atomic Blonde.  There’s a mid-movie raid on a convoy that is excellent and features both awesome and hilarious uses of Wade, Domino and Cable’s abilities and there is a prison break sequence and the final action sequence that are both excellent as well and there’s a lot more mutant abilities on display that adds to the bigger feel to Deadpool 2.

Of course, the most important aspect of Deadpool is the jokes and Deadpool 2 delivers almost the same non-stop barrage of fourth wall breaking commentary, raunchy sex jokes and tons of great just random asides (one of my favorite runnings jokes is the adorable greetings and good-byes that Wade gives Negasonic’s girlfriend Yukio, no matter what the situation).  Wade and Weasel interviewing the various members of X-Force and then riffing on them is a comedic highlight and the mid-credits sequence has some of the hardest laughs of the entire film, including one of the best final gags in movie history. There is a bit of a lull before the movie really kicks into high gear with the comedy just based on the pretty dramatic events of the opening but once Wade is rolling around the X-Mansion in Professor X’s wheelchair, the movie is off and running.

If you loved the first Deadpool movie, Deadpool 2 is basically everything you loved taken to the next level thanks to an expanded character roster and an actual budget that provides the opportunity for bigger special effects and crazy action sequences, all with the constant riffing of Deadpool.  It earns it’s spot among the big summer blockbusters and I cannot wait for more of Deadpool and his new X-Force “family”.