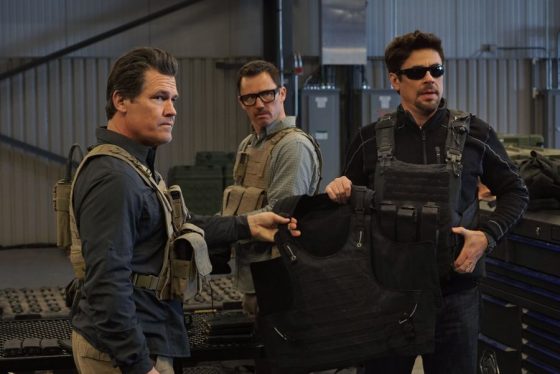 Josh Brolin has already killed it twice this year in Avengers: Infinity War and Deadpool 2 and hopefully the hits will continue in June’s sequel to 2015’s Sicario, Sicario: Day of the Soldado.  Brolin is back as shady government agent Matt Graver, who is basically given carte blanche to take down the Mexican drug cartels when it’s learned they are smuggling in terrorists across the border.  Graver reteams with hitman Alejandro Gillick (Benicio Del Toro) and they come up with a plan that involves kidnapping the daughter of a drug lord and framing another cartel to try and create a war.  The operation goes bad and is discovered by the Mexican government, which makes Graver order the execution of the young girl but Gillick refuses and goes rogue to protect her.  Jeffrey Donovan, Catherine Keener, Matthew Modine and Isabela Moner co-star and Stefano Sollima takes over directing from Denis Villeneuve and he seems to have captured the look Villeneuve but this sequel seems like it’s going to lean a little more into being a straight up action thriller.  The movie is out on June 29th and you can check out the final trailer below.

Review: Sicario: Day of the Soldado