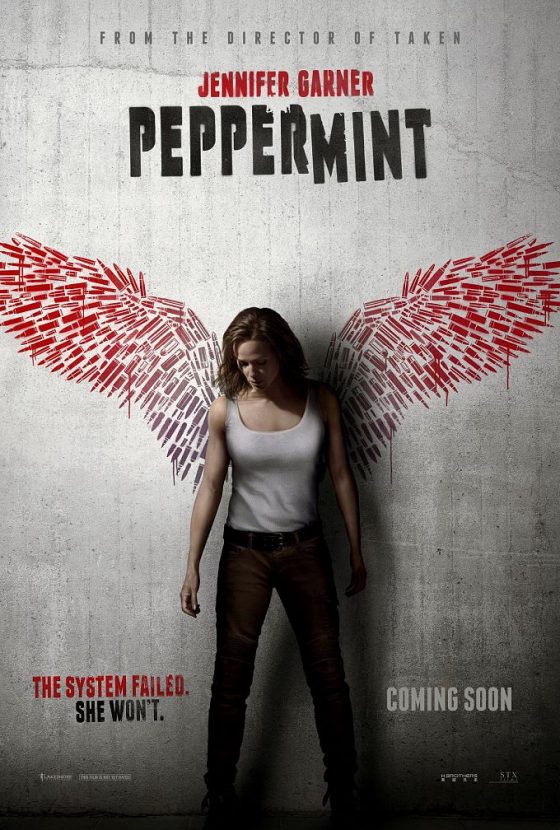 It’s hard to remember since it seems like she mostly just does credit card commercials and random family comedies and dramas but back in the early Aughts, Jennifer Garner was gunning (pun intended) for the peak of the female action hero mountain, starring in Alias and movies like Daredevil, Elektra and The Kingdom.  Garner is back in action for a new revenge action movie from Taken director Pierre Morel, Peppermint.  After her family is brutally murdered by members of a cartel a la Frank Castle, Riley North tries to go through the justice system in the normal way but corrupt cops, judges and lawyers robs her of legally getting justice for her family.  She disappears for five years and returns on the anniversary of the crime as a trained killing machine and looking to take down everyone responsible for killing her husband and daughter.  It looks like a pretty standard revenge movie with all the same beats, characters and dialogue that we’ve seen echoed since Death Wish but Garner back in action mode might make it worth checking out.  It’s out on September 7th and you can check out the trailer below.