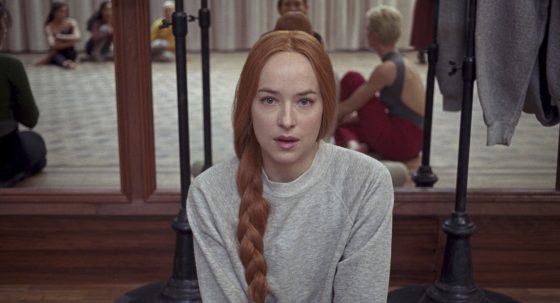 1977’s Suspiria is an iconic horror classic from Master of Horror Dario Argento but even it is not immune from remake/reboot treatment as a new take is arriving in November.  Coming from Luca Guadagnino, who directed last year’s critically acclaimed Call Me By Your Name, the new Suspiria stars Dakota Johnson as ballerina Susie Bannion, who travels to Europe to join an extremely prestigious dance company but she uncovers that something horrific is happening beneath the surface, which includes multiple murders. Tilda Swinton, Chloe Grace Moretz, Mia Goth and Jessica Harper co-star.  This new movie doesn’t seem to have the vivid and grotesque colors that defined the original but it does feel like they are going for a look and feel that makes it seem like it’s coming out of the 70s.  Thom Yorke of Radiohead takes on the scoring duties, which is also a tall order because the original has one of the most iconic horror scores from prog rock icons Goblin.  The new Suspiria is out on November 2nd and you can check out the trailer below.

Dance Gets Disturbing in the New Suspiria Trailer