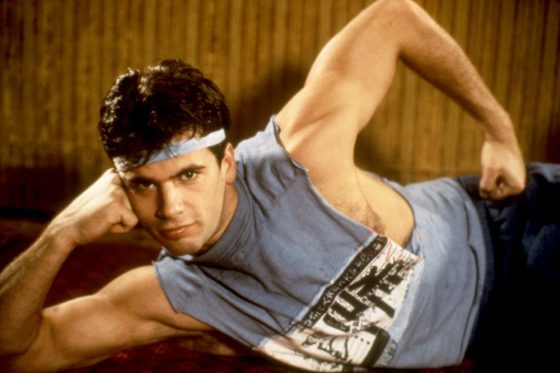 Recently featured on How Did This Get Made? Body Rock is one of the, at least, half a dozen breakdancing movies released in the early to mid 80’s, the most notable being, of course, Breakin and it’s sequel.  Body Rock came out in 1984 and featured future Renegade Lorenzo Lamas in the lead as Chilly, the leader of the breaking group Body Rock who is lured with fame and money into turning his back on the group and going pro.  Lamas actually performed a song for the soundtrack as well called “Fools Like Me” and “Gloria” singer Laura Branigan contributed music too but the title track went to Maria Vidal, which became her signature track and a massive hit around the world.  It peaked at #48 on the Billboard Hot 100, #8 on the Billboard Dance charts and #11 in the UK and is considered a cult classic 80’s club jam.  The music video features Vidal singing in some sort of warehouse/loft while various break dancers perform along with clips from the movie.  Check it out below.