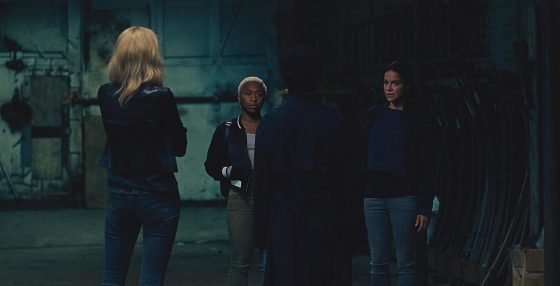 Coming from director Steve McQueen, who directed 12 Years a Slave, and written by Gillian Flynn of Gone Girl, Widows is a gritty crime/heist movie featuring a ridiculous cast.  Liam Neeson leads a heist crew but one of their jobs go bad and all of them are killed, leaving their wives owing a massive debt to gangster Tom Mulligan (Colin Farrell) and they are force to get into the heist business themselves to try and get out and protect their families.  Viola Davis’ was Neeson’s wife and she pulls in Michelle Rodriguez, Elizabeth Debicki and Cynthia Erivo while Carrie Coon, Jon Bernthal, Daniel Kaluuya, Brian Tyree Henry, Robert Duvall, Kevin J. O’Connor, Lukas Haas, Jackie Weaver and Garret Dillahunt.  It looks pretty great and it’s out on November 16th, check out the trailer below.