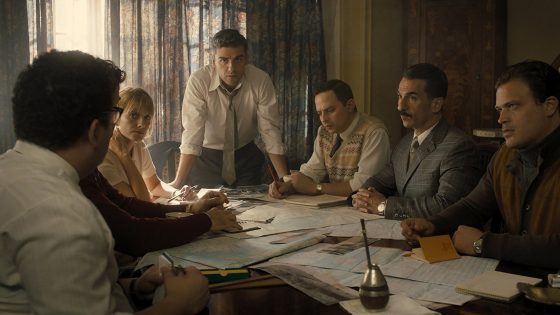 Based on true events, Oscar Isaac leads an elite Mossad task force in the 60’s to hunt down the man responsible organizing and implementing the Holocaust.  Issac is Peter Malkin, who is made the leader of Mossad “Operation Finale” when Adolf Eichmann (Ben Kingsley), who organized the logistics of the Holocaust, including the trains that transported millions to their deaths.  Mossad wants Eichmann captured alive, so he can be extradited to Israel to stand trial for his crimes.  Joining Isaac on his mission are Melanie Laurent, Greg Hill, Michael Aronov and Nick Kroll (!?!) and it seems like the tone is similar to Spielberg’s similarly themed Munich.  Chris Weitz, who directed Twilight: New Moon and About a Boy, is directing and the movie is out on September 14th, check out the trailer below.