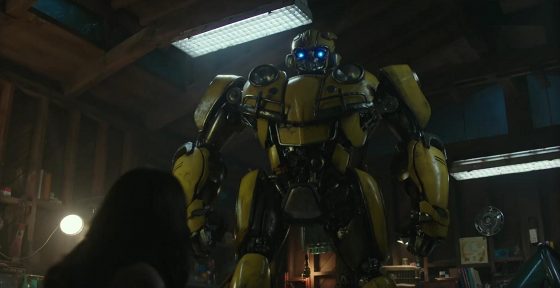 The Transformers films under Michael Bay have been an agonizing death march with each one somehow being more terrible than the last but the first movie not directed by Bay seems like it may possibly do some course correcting with the prequel spin-off, Bumblebee.  Set in 1987, Bumblebee is on the run and seeks shelter at a used car lot as a beat down VW beetle, which is bought by teenager Charlie (Hailee Steinfeld).  Charlie discovers Bee’s true nature and the two form a bond much like Bee would with Sam decades later but he becomes the target of a military team led by John Cena and also the Decepticons, including what looks like a very G1 Starscream.  Bee himself also looks like his original G1 self and overall, this is seems way more like what fans have wanted from the live action designs and not the jagged mess of metal that has defined the Transformers for 5 films.  Travis Knight, who comes from the incredible animation studio Laika, is directing and it’s out on December 21st.  The bar is so low it’s basically buried for the Transformers franchise but hopefully without Bay and his worst tendencies, this is actually fun and you can check out the trailer below.