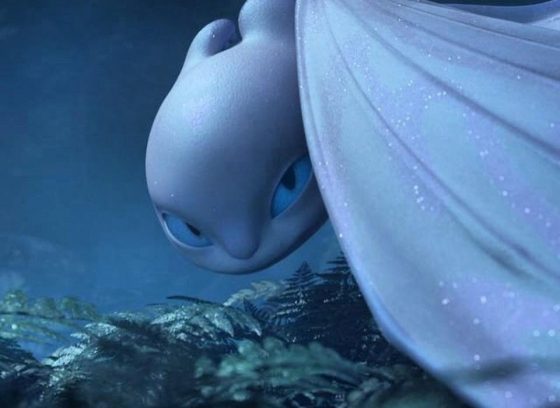 The How to Train Your Dragon series comes to it’s epic conclusion next year with the third film, How to Train Your Dragon 3: The Hidden World.  With the Viking/Dragon community that Hiccup (Jay Baruchel) and Toothless helped build thriving, the duo is shocked to find there are still more dragons to be discovered, including a female “Light Fury” that Toothless falls head over heels for.  While Toothless awkwardly tries to impress his new love interest, an evil dragon hunter arrives with an army to claim Toothless as a trophy and destroy everything Hiccup and his friends and family have built.  Jonah Hill, America Ferrara, Kit Harrington, Cate Blanchett, Craig Ferguson, TJ Miller, Kristen Wiig, Christopher Mintz-Plasse and Gerard Butler are all back and F. Murray Abaham is joining the cast as the aforementioned dragon hunter.  Dean Dubois, who directed both previous Dragon movies, is back as the writer and director of this final chapter.  It looks just as good as both previous entries and hopefully it will close things out in a satisfying way for long time fans of the franchise.  It’s out on March 1st next year and you can check out the trailer below.

Dragons: Race to the Edge Trailer

How to Train Your Dragon 2 Trailer