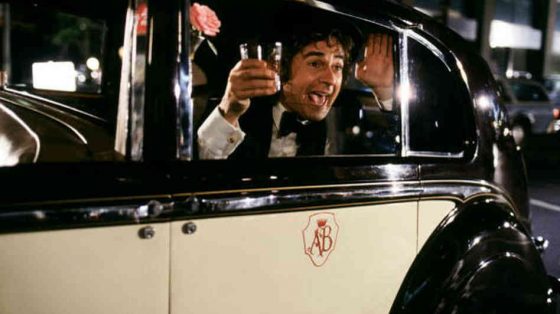 The main theme for 1981’s Dudley Moore starring comedy Arthur, “Arthur’s Theme” aka “Best That You Can Do” was performed by the king of yacht rock, Christopher Cross, in a collaboration with the legendary Burt Bacharach, who composed the movie’s score.  Arthur followed a drunken New York millionaire who is setup in an arranged marriage but ends up falling for a regular, working class girl from Queens and was critically and commercially beloved upon release, earning supporting actor John Gielgud an Oscar along with Christopher Cross, as “Arthur’s Theme” won Best Original Song at the 1982 Oscar ceremony.  The song was also a massive pop hit, hitting #1 on the Billboard Hot 100 and the Adult Contemporary charts, the second #1 single for Cross following his biggest hit, “Sailing”.  It stayed at #1 for three weeks and it was also huge around the world.  The music video for the song mostly alternates between Cross in the studio and on-stage performing the song while the requisite clips from the movie are sprinkled thorughout, check it out below.