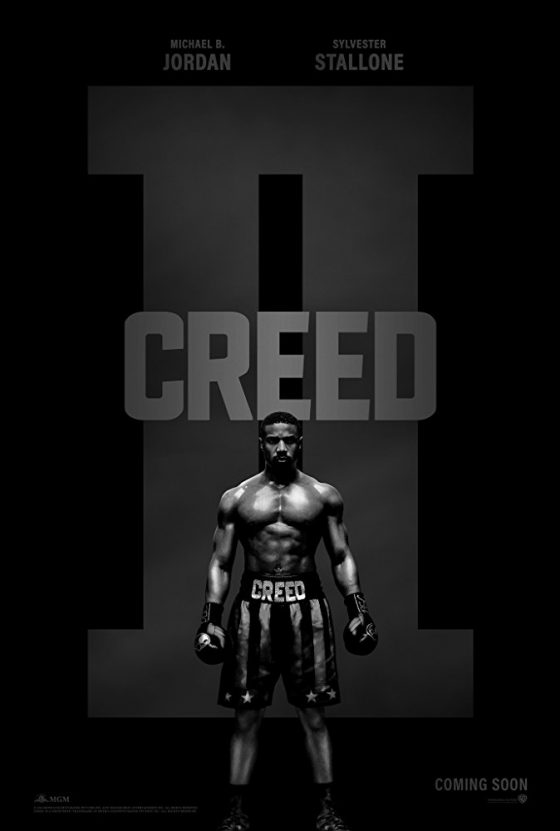 After earning the respect of the boxing world in his fight at the end of 2015’s Creed, Adonis “Donnie” Creed (Michael B. Jordan) faces his biggest challenge yet in the upcoming sequel, facing the son of the man who killed his father.  Viktor Drago (Florian Munteanu) is being trained by his father, the infamous Ivan Drago (Dolph Lundgren) as a boxer and Adonis takes on a challenge for a fight to both avenge his father and prove once and for all that he is able to live up to the Creed name.  Stallone is back as Rocky, looking much healthier and seemingly putting his cancer diagnosis into remission and Tessa Thompson is back as Bianca, Adonis’ girlfriend, along with Phylicia Rashad as Mary Anne Creed, Adonis’ adopted mother (Donnie was born out of an affair Apollo had).  Ryan Coogler is only in an executive producer role this time around and his USC classmate Steven Caple Jr. is directing, previously directing the Cleveland based drama The Land in 2016.  Creed II is out on November 21st and you can check out the trailer below.