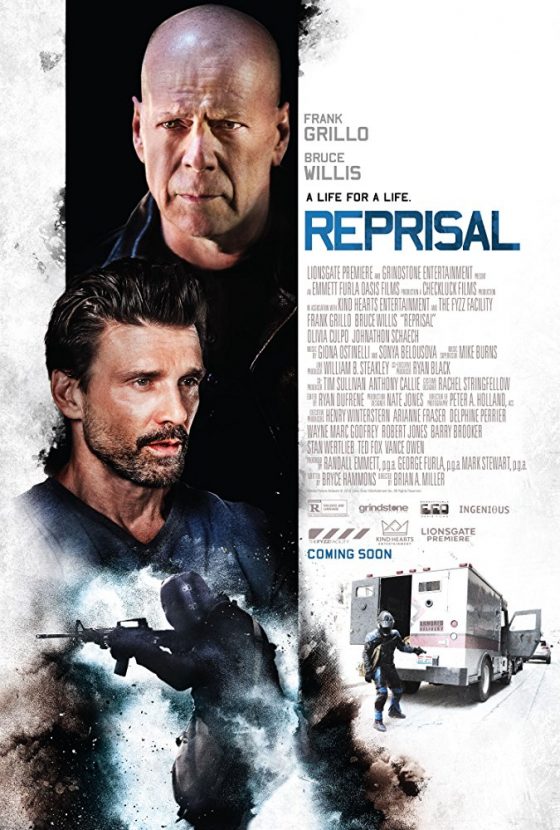 Frank Grillo and Bruce Willis are teaming up to hunt a violent bank robber in the upcoming action movie, Reprisal.  Grillo plays the manager of a bank that is robbed by a ruthlessly efficient gunman who kills one of Grillo’s co-workers in the process.  Due to the fact that the robber knew exactly when and where to hit, Grillo becomes a suspect and, to clear his name and avenge his co-worker, he teams up with his neighbor and ex-cop (Willis).  The robber is played by Johnathon Schaech aka The CW’s Jonah Hex and Olivia Culpo plays Grillo’s wife.  Brian A. Miller, who directed other recent Willis action movies Vice and The Prince, is directing and it’s out in select theaters and On Demand on August 31st.  Check out the trailer below.