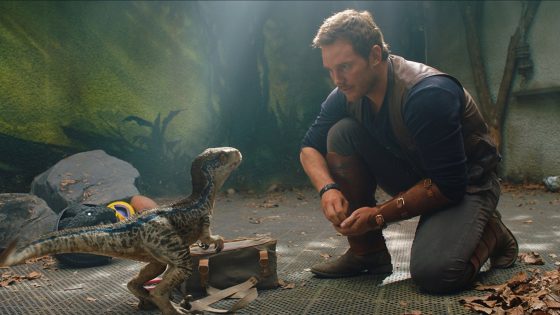 Although it didn’t quite hit the heights of its predecessor, Jurassic World: Fallen Kingdom still had a gigantic opening which added to its already huge worldwide take.

Fallen Kingdom made $150 million, the third highest ever June opening behind last week’s Incredibles 2 and Jurassic World.  For all opening weekends, it’s the 20th highest of all time and it’s already the third highest grossing film of 2018 worldwide, since its been open for weeks internationally and has racked up just over $717 million.  Jurassic World opened to an insane $208 million back in 2015, so Fallen Kingdom is about $58 million off from that movie but competition is much higher this year compared to that year.

Most of that competition comes from Incredibles 2, which remained strong with another $80.9 million, bringing it up to over $350 million for its two weeks out and topping Deadpool 2 to become the 2nd highest grossing film of Summer 2018.  It’s also now the third highest grossing film of 2018 behind fellow superhero films Infinity War and Black Panther and it’s currently 8th place on the worldwide charts for 2018 between Detective Chinatown 2 and Rampage. It’s also now 10th place on the all time animated chart, just shy of Inside Out’s $356 million.

Ocean’s 8 dropped to third with another $11.6 million, a less than 40% drop from last week.  The movie has just topped $100 million for its three weeks out.

Tag and Deadpool 2 rounded out the top 5, with the latter crossing over $300 million.

Further down the list, the Mr. Rogers documentary Won’t You Be My Neighbor? was in 348 theaters, gaining 252 from last weekend, and took in $1.875 million, putting it in 10th place.  American Animals also expanded to 339 theaters, making $576,215. Controversial limited release (and fellow MoviePass distributed feature) Gotti lost about 52% from last week’s already sad opening weekend, making only another $812,000 in 466 theaters.