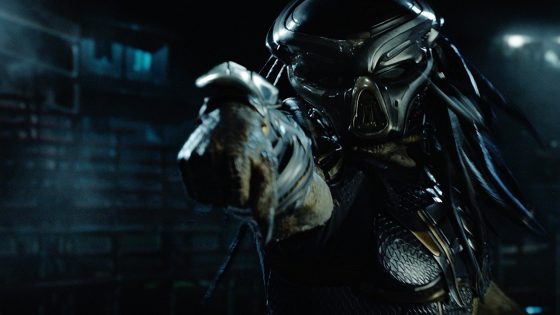 Shane Black, who co-starred in the original Predator and obviously wrote and directed movies like Lethal Weapon, Iron Man 3, The Nice Guys and more, is bringing his spin to the Predator franchise with the “interquel”, The Predator.  Taking place between Predator 2 and Predators, The Predator stars Boyd Holbrook as the leader of an Army Ranger team who encounter the Predators during a mission that seemingly goes wrong in Mexico but no one believes them about the creatures’ existence.  Being transported on a military prison bus, the Predators attack again and the team are some of the only people who can stop them.  Tom Jane, Sterling K. Brown, Trevante Rhodes, Keegan-Michael Key, Alfie Allen, Olivia Munn, Edward James Olmos, Yvonne Strahovski, Jake Busey and Jacob Tremblay co-star and the movie arrives on September 14th.  This new trailer is much better than the bizarre first trailer, where it’s implied Jacob Tremblay bought a piece of Predator tech on eBay that leads to their ship crashing and this trailer also gives the first glimpses of the genetically modified Super Predator that is the big new edition to the series.  Check it out below.