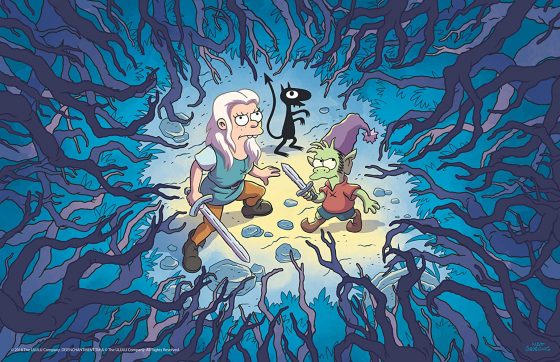 As the creator of two of the most hilarious and iconic animated comedies of all time, the next thing from Matt Groening is guaranteed to be highly anticipated and we finally have our first, extremely brief, look at his spin on the fantasy genre with Disenchantment.  Coming to Netflix, the show follows Princess Bean (Abbi Jacobson) who is disinterested in the life of a royal and instead sets out on wacky adventures with her elf Elfo (Nat Faxon) and her personal demon Luci (Eric Andre).  Most of the Groening regulars, at least on the Futurama side, are also lending their voices including John DiMaggio, Billy West, Tress MacNeille, David Herman and Maurice LaMarche.  The show debuts on August 17th on Netflix and you can watch the teaser below.