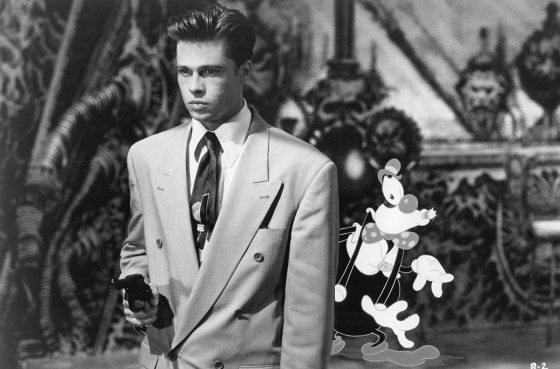 Probably one of the only worthwhile things to come out of Ralph Bakshi’s insane 1992 animated/live action hyrbid is “Real Cool World” from the immortal David Bowie.  Hitting in 1992 with the film, “Real Cool World” was the first piece of solo Bowie since 1988, when Bowie became the lead singer of the hard rock band Tin Machine.  Bowie reunited with his Let’s Dance producer Nile Rodgers and the result was his album Black Tie White Noise, which included “Real Cool World” as a bonus track on some reissues but was really only on the Cool World soundtrack and as a single.  For being one of Bowie first tracks back as a solo artist, “Real Cool World” was not really promoted much and didn’t really chart, only hitting #53 on the UK charts and really nothing in the US.  Bowie didn’t even appear in the music video, instead it’s just random dancers mixed in with clips from the movie.  Check it out below.